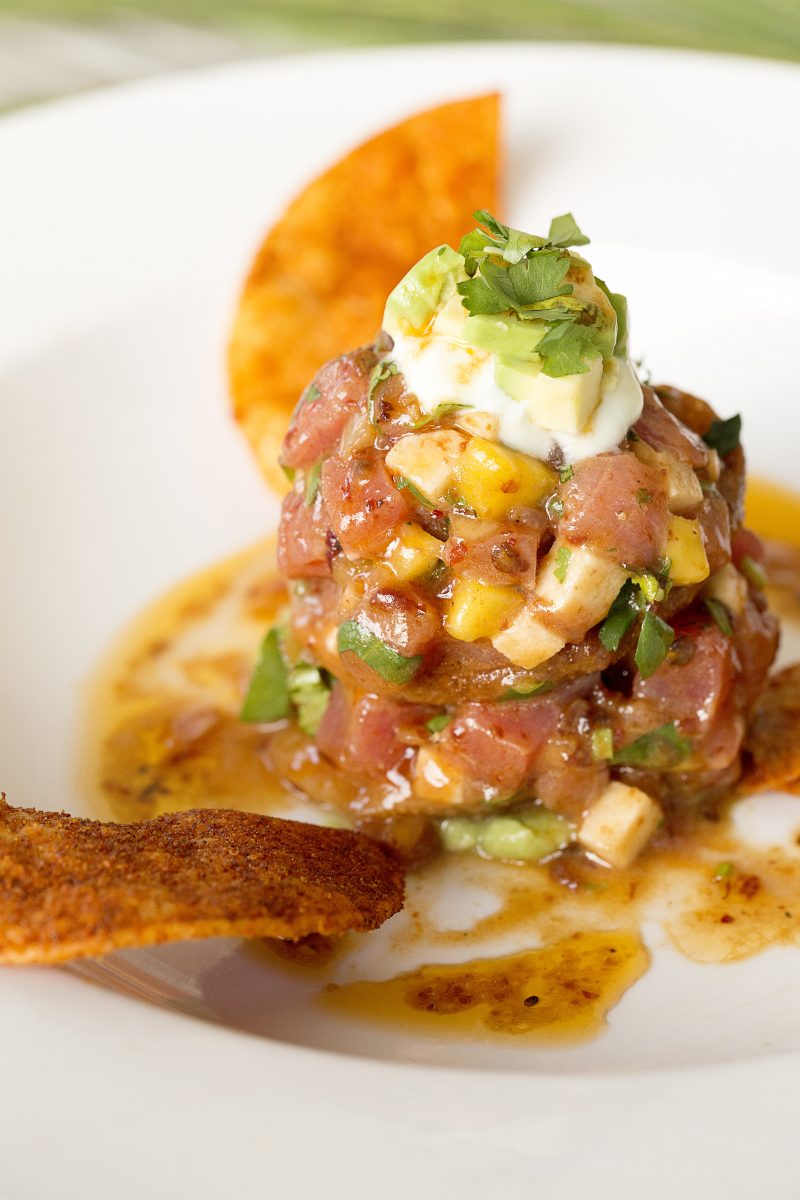 Serves 4 as a starter

1. In a large mixing bowl, toss the tuna with the mango, jicama, and cilantro. Add the marinade and toss until the fish is coated.

2. Place two dollops of the guacamole on a small plate and set a tortilla chip on each of the dollops. Then place a dollop of the wasabi sour cream on each of the chips. Top the chips with a generous spoonful of the tuna mixture. Garnish with the cilantro and more avocado.

3. Repeat until you have four plates of ceviche, with two tuna–topped chips on each.

Whisk all the ingredients in a small bowl and set aside for 20 minutes to let the flavors cohere.

In a small bowl, whisk all the ingredients vigorously until the cream forms soft peaks.